Between 23 and 25 September I visited Adelaide in a bid to catch up with those involved in the development of local EDM stations Dance 100 and Fresh 92.7. Even before I arrived I was receiving enthusiastic suggestions, feedback and referrals from those I had contacted for interviews. By the time I hit the runway in Adelaide six people had agreed to meet with me.

Over some excellent Vietnamese food at Adelaide Pho, Chris Despotakis and Andrew Andrews traced out the history of radio’s engagement with dance music in Adelaide since the late 1970s. While dance music programs had found a place on radio prior to the 1990s (particularly in the community broadcasting sector), it was the introduction of narrowcasting licences under the 1992 Broadcasting Services Act that provided an opportunity for the development of Adelaide’s first dedicated dance music station – Dance 100. Having obtained a narrowcasting licence and approval from the regulator to present EDM content, Despotakis launched Dance 100 in 1993. The spectrum allocated to the station was, however, outside the broadcasting services band and so the station could not be received on standard ra

dios. To listen, the audience had to purchase a special multi-band receiver (see below). Despotakis and Andrews joke that Dance 100 was such an underground cultural outlet that you couldn’t even listen to it! In fact, the audience listening on the speakers located in and around the converted laundromat that housed the studios during the early days was, they believe, likely to have been bigger than those listening on radio. Despite this, the station represented a focal point of local dance music activity and was a significant breakthrough for local EDM radio. 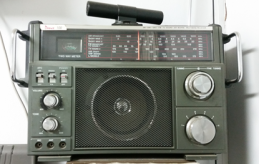 The multiband receiver required to actually listen to Dance 100

In 2000, Despotakis and Andrews obtained a temporary community broadcasting licence to put Dance 100 on-air within the broadcasting services band. The station remained on air until 2000, but failed to receive a permanent licence. The station launched a number people into DJ and radio careers and after its demise many of its on- and off-air staff made their way across to successful EDM community licence recipient Fresh 92.7.

Fresh was formed in 1996 after three friends (James Engelman, Chris Velliaris and Geoff Wintle) who had been putting dance music programs to air on generalist community broadcaster Coast FM, visited Melbourne EDM community aspirant HITZ FM. HITZ was the first EDM station to conduct test broadcasts under the 1992 Broadcasting Services Act and its impact on Melbourne’s radio landscape was widely reported – including on national television news where, in 1995, Engelman first came across the station. Inspired by HITZ, and with a bankroll of $150 (a $50 membership contribution each) the group set about creating Fresh. Fortuitously, the local Italian community had already established a temporary aspirant station and agreed to both lease its studio and transmission equipment to Fresh as well as to share its test frequency. Between 1998 and 2002 Fresh conducted a number of test broadcasts in a range of configurations that included sharing air-time with the Italian and fine music aspirant stations 5RTI and MBS. There were even occasions when all three stations were sharing time on the same frequency –  what a remix! In 2002, Fresh received a permanent licence and continues to play an important role in the local EDM landscape. 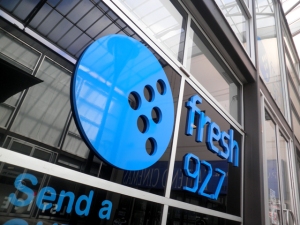 On my visit to Adelaide James Engelman, Chris Velliaris, Matthew Carey and Troy Sincock provided an amazingly detailed account of the development and impact of Fresh 92.7. I am greatly indebted to them, as well as Chris Despotakis and Andrew Andrews from Dance 100. Adelaide clearly has a rich dance music radio history and I look forward to hearing more about it and, of course, writing about it. If you have been involved and would like to share your stories please feel free to contact me. I know some people have already made contact via Facebook. I ask you to please be patient – I will contact you in due course.

The Trance-formation Research Project, which examines the emergence of specialist Electronic Dance Music (EDM) broadcasters in Australia’s mainland state capitals through the 1990s and 2000s and their impact on the broadcasting landscape and EDM cultural activities more generally, officially got under way on 18 September when I interviewed the founder of Sydney’s Wild FM, Anthony Gherghetta.

After a stint at Melbourne EDM aspirant community broadcaster HITZ FM in the early 1990s, Ghergetta moved to Sydney. Here he initiated a test broadcast under the HITZ FM brand in 1996 before reforming the station as Wild FM in 1997. In my interview with him, Ghergetta spoke of the station’s rise to prominence in the Australian dance music scene as both a broadcaster and a brand associated with the compilation CDs produced by Central Station Records that brought dance music to new audiences. While the station missed out on a permanent licence in May 2001 and subsequently went off air, Central Station continues to produce compilation CDs under the Wild brand.

In the coming months I’ll be producing a detailed profile of Wild FM and other EDM stations based on interviews with their founders and participants, so stay tuned.